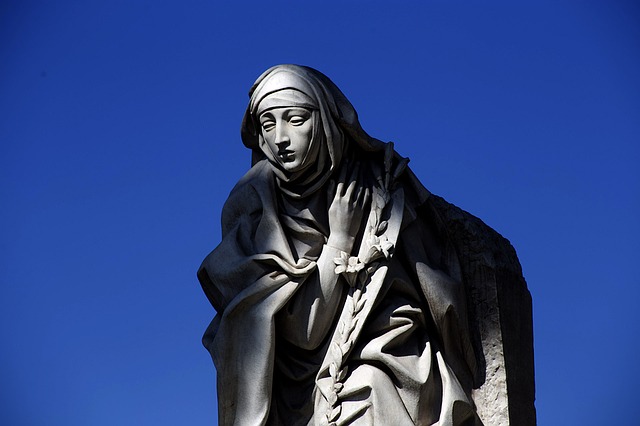 There are thousands of Christian women who have set great examples of faith – both inside and outside of the Bible. Any one of them can become a role model for you and the women in your life, whether daughters, sisters, nieces, or friends.

Many people think of Mother Teresa when asked to name a paragon of Christian womanhood. Her humility and dedication to serving those in need is nearly unparalleled when it comes to well-known people in history. The famous quote “We can do no great things; only small things with great love” is attributed to her, as is the “love anyway” series of quotes. Mother Teresa was born in Albania, became a nun, and served for decades among the poorest people of Calcutta.

Born into slavery a Isabella Baumfree in New York, Sojourner Truth escaped to freedom with her infant daughter in 1826. She was the first black woman to win a case like hers against a white man when she went to court to win back her son, who’d been sold illegally, in 1828. She said Jesus helped her overcome her bitterness toward white people for her enslavement and led her to ministry, changing her name to Sojourner Truth. She spent much of her life as a preacher and abolitionist and is famous for her off-the-cuff “Ain’t I a Woman” speech.

Crosby wrote some of the Christian canon’s most beloved hymns. They include “Rescue the Perishing,” “Pass Me Not, O Gentle Savior,” and the beloved “Blessed Assurance.” Crosby dealt with many trials in her life, including blindness and criticism of her work, but she believed her hymns were divinely inspired and continued writing despite claims she had “feminized church music.”

Mary Magdalene is simultaneously a well-known and mysterious Biblical figure. Though some believe she was a prostitute, there is no scriptural evidence to support this assertion. Mary Magdalene was one of Jesus’ most influential female followers. After He healed her of possession by seven demons, she spent the rest of His ministry at His side. Scholars suggest Mary Magdalene was single and perhaps independently wealthy, allowing her to see to her needs and others’ in ministry.