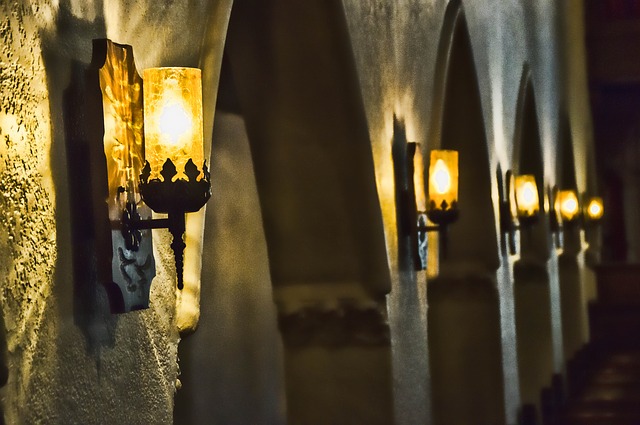 The Bible is replete with stories that have older women as the heroines. While the younger women of the Bible such as Mary, Esther, and Ruth tend to take center stage, the senior characters are just as important. Focusing only on the younger women of the Bible can make senior Bible study or ministry members feel left out, or as if their purpose in God’s kingdom is over. Highlighting some of the Bible’s most prominent older women at your next meeting or with a conversation with an elderly friend can be an excellent way to shed light on the continuing influence of senior church members.

In 2 Timothy 1:5, we learn that Timothy’s faith came from his upbringing by his godly mother, Eunice, and grandmother, Lois. Years of influence from these older women are what gave Timothy the strong and sincere faith the Apostle Paul so revered. Paul attributes Timothy’s faith from the two women instructing Timothy from the Scriptures in his earliest days. While Acts 16:1 paints Timothy’s father as an unbeliever – a Greek pagan – it places Eunice in a position as a woman of sincere faith.

2 Timothy 3:15 states that Timothy knew the Holy Scriptures from infancy, which made him “wise for salvation through faith” in Jesus Christ the Savior. It is only through his upbringing with godly older women that Timothy is able to do the great works he accomplishes as an adult with the Apostle Paul. The story of Timothy and his older female influences shows us the great power godly mothers and grandmothers have to shape the younger generation to abide by the Word of the Lord.

Naomi of the Book of Ruth

The Book of Ruth is one of only two books in the Bible named after female characters. Naomi is a strong, older female protagonist in the Book of Ruth. Naomi opens the story of Ruth, as a woman who moves east from Judah to Moab due to a famine that threatened to hurt her family in Bethlehem. Naomi packs up and moves with her husband, Elimelech, and two sons. In the 10 years they live in Moab, her sons take wives – Ruth and Orpah. Sadly, Naomi loses both of her sons and her husband.

Naomi and her two young daughters-in-law are left alone in Moab, until Naomi decides to move back to Bethlehem. Ruth accompanies Naomi, pledging her devotion to the older woman, while Orpah stays behind. In Bethlehem, Ruth meets a wealthy man named Boaz, a relative of Naomi’s late husband. Naomi hatches a plan to marry Ruth and Boaz to secure their financial futures. After a bit of negotiating with Boaz and another man who also has close ties to Ruth, Ruth marries Boaz and has a son, Obed. Naomi breastfeeds Ruth’s baby, giving him the nourishment to thrive. Obed goes on to become the father of King David, making Naomi the great-great-grandmother by marriage to one of the most celebrated Kings in Jewish history.

Naomi in the Book of Ruth shows great strength, belief in the Lord, and cleverness in securing the future of what’s left of her family. Despite the tragedy of losing her sons and husband, Naomi stays strong and does what she has to to survive in a man’s world. Naomi’s story can show women today that God cares about men and women in the same way. Naomi represents a woman who was empty and devastated in the face of loss, but redeemed and rescued by faith.

Anna of the Birth Narrative

Anna is one of the most striking and unusual women in the Bible. The Bible introduces us to Anna in Luke 1:1-2:40. Anna is one of six pious Israelites surrounding the births of John and Jesus. She enters the Birth Narrative at the purification of Mary, Joseph, and Jesus 40 days after Jesus’ birth. Simeon and Anna arrive at the ritual separate from one another, seemingly led by divine direction. Luke provides three verses (36-38) describing Anna as a prophetess, outranking Simeon as a woman deserving the honor given to the elderly in the ancient Mediterranean world.

Anna’s encounter with Mary, Joseph, and Jesus is powerful. She recognizes Jesus’ great significance and has insight into things other people do not know, such as whom Jesus is and his impact on the people of Jerusalem. Luke focuses on Anna’s advanced age – scholars believe her to be around 105 years old – and her eccentric lifestyle. Anna worships night and day, never leaving the Temple. For all her years, Anna is spritely, alert, mobile, and spiritually savvy.

Anna is a model of aging in the Bible. She seeks to do good for everyone she meets and is useful to the Lord. To modern women, Anna represents a senior who is still a vibrant, useful person in God’s church. She does not let age change her work ethic or prayer regime, and doesn’t let it get in the way of her mobility.

Elizabeth, Mother of John the Baptist

Elizabeth was married to Zacharias, and as a couple they were “righteous before God.” Yet, Elizabeth and Zacharias were childless in their old age. While in the temple of the Lord in Luke 1:8-12, the angel Gabriel visited Zacharias and told him the Lord heard his prayers and would bless Elizabeth with a son. Zacharias doubted what he heard since he and his wife were both past the childbearing age.

Anna did become pregnant, and in her sixth month of pregnancy met with Mary, mother of Jesus. According to the Scriptures, the Holy Ghost told Mary that her relative Elizabeth was also pregnant. Mary traveled to Judah to visit Elizabeth, who upon Mary’s greeting was filled with the Holy Spirit. Elizabeth’s baby jumped in her womb, and she exclaimed that Mary was “blessed among women,” as was the baby within Mary’s womb. After hearing Elizabeth’s words, Mary spoke what is now known as the Magnificat, or the Song of Mary.

The Lord blesses Elizabeth with a son, who becomes John the Baptist. Elizabeth is an exceptional character for this blessing as well as her friendship with Mary. Were it not for Elizabeth, we would not have the Song of Mary, one of the most ancient Christian hymns.

Age is nothing in the eyes of the Lord. Take these examples of prominent elderly women in the Scriptures as a symbol of the importance of all God’s creatures – regardless of age and gender.