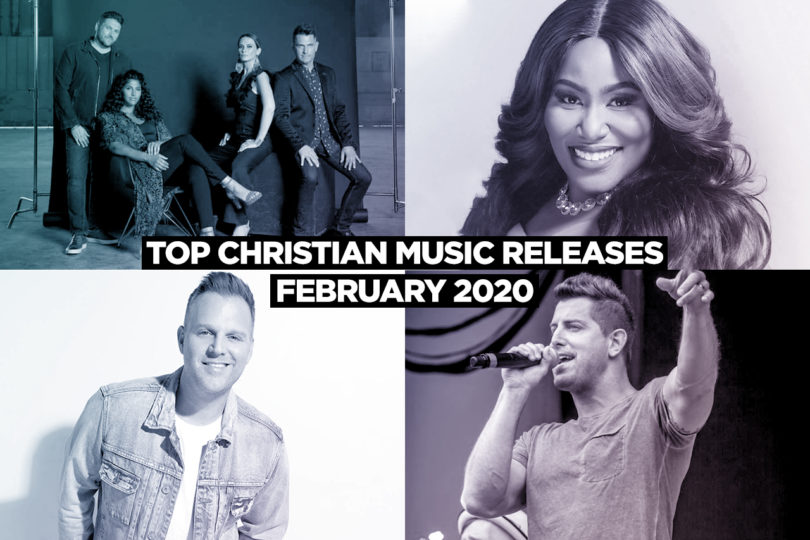 Have you been looking for new and powerful music? Here are our top picks for what to listen to this month. Let us know what you’re most excited about hearing!

GRAMMY-nominated singer/songwriter Jeremy Camp delivers, I Still Believe: The Greatest Hits, a comprehensive anthology of his career-to-date as one of the most accomplished male artists in Christian music. The project is a 15-track journey through some of Camp’s most iconic songs, such as “Overcome” and “There Will Be A Day,” as well as more recent chart-topping hits, such as “Dead Man Walking,” “Same Power,” and “He Knows.” The collection is beautifully rounded out with brand new versions of Camp’s anthemic “I Still Believe” and “Walk By Faith.”

With more than 1 million records sold, GRAMMY® winner and American Idol Season 5 finalist Mandisa is a voice of encouragement and truth to people facing life’s challenges all around the world. Overcomer: The Greatest Hits is filled with fan favorites from the radio including “Overcomer,” “Good Morning,” & “Unfinished.” The compilation also features a brand-new recording of the worship anthem “Way Maker.”

Avalon has been inspiring lives for over 20 years. Recognized by the industry for their powerhouse vocals, the group has achieved significant radio success with hits like “Adonai”, “Can’t Live a Day” and “Testify to Love”. Over their career, Avalon has made 13 albums, sold over 3 million units, has had 22 #1 Christian radio singles, and has won multiple awards. Now for the first time in over a decade, Avalon will release their 14th full-length album, Called. Iconic Avalon harmonies meets the “now” style of contemporary music to create a sound both familiar and refreshing. Avalon is a flagship artist with Red Street Records, a new label launched by Jay DeMarcus, a highly lauded member of the music and entertainment communities, and member of Rascal Flatts.

“The title ‘Brand New’ does represent where I find myself these days,” explains Matthew West about his upcoming release. “Signing with a new label, starting my own management company, building a new songwriting house and studio called The Story House, and with that, a flood of new songs. But the title really has an even deeper meaning than just a representation of where I’m at in my career. ‘Brand New’ is actually inspired by the idea of looking back, or what’s more, going back. In many ways this is an album about returning to the days when I was a new Christian, and my faith felt fresh and alive.” As with some of West’s previous albums, his upcoming project will include songs inspired by others’ stories, such as “Too Young Too Soon,” which focuses on the issue of teen suicide. Several songs from the album have already been released, including “The God Who Stays,” as well as “What If,” and “Truth Be Told.”

Grace Is On Our Side – Vertical Worship
February 21st

Following the success of their 2019 release, Bright Faith, Bold Future, Vertical Worship follows up with a brand-new live album to be released in February of 2020. The band’s breakout single, “Yes I Will”, has seen success in churches worldwide and has been a top 3 hit on radio. Vertical Worship, the worship ministry of Harvest Bible Chapel in Chicago, IL, recorded this project live at the church’s Rolling Meadows campus.