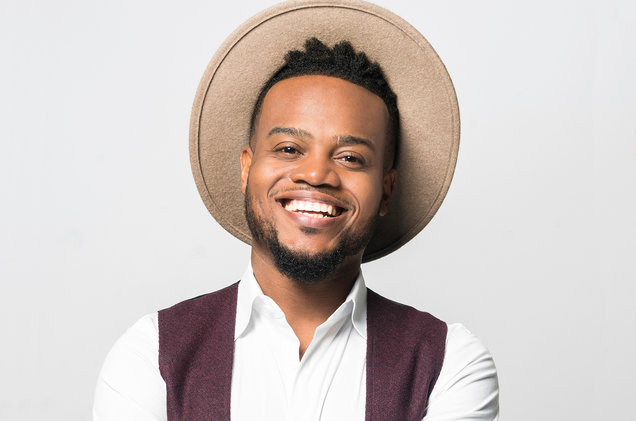 Have you heard of Gospel artist Travis Greene? Not only is he an incredible singer, but a dedicated man of God.

Travis had quite a dramatic beginning to his life in 1984. He was actually born stillborn and was resuscitated. Also he pronounced dead as a young boy after falling out of a 4-story building, but was able to be nursed back to health. Unfortunately, his father died unexpectedly when he was only five, but his mother raised him in Warner Robins, Georgia as a single parent.

Today, he is married to Dr. Jackie Greene and they live in Columbia, South Carolina. He and his wife co-pastor their church, Forward City Church. They are currently expecting their third baby in August of 2019.

Travis’ recorded his first album The More in 2007 with Greenlight Records and then in 2010 released Stretching Out with Pendulum records in 2010. Next he released The Hill in 2015 and he also released a live album Crossover: Live from Music City in 2017. He has since been all over the Gospel charts for his albums and singles. Some songs of his that you might know are:

His song Made a Way won a Billboard Music Award and has also won seven Stellar Awards.

To understand the heart of Travis Greene, look no further than this quote from his website:

“At the end of the day,” he adds, “I simply want music to be my vehicle to inspire people and make them feel right about choosing God. I want to use these opportunities to encourage people, and maybe in the process help redefine the way Christianity looks in our contemporary culture and reveal God in a different way. I’m really excited to raise up the next wave of worshipers and those called to share the love of God through music. I want to be part of helping carry the torch into the future.”