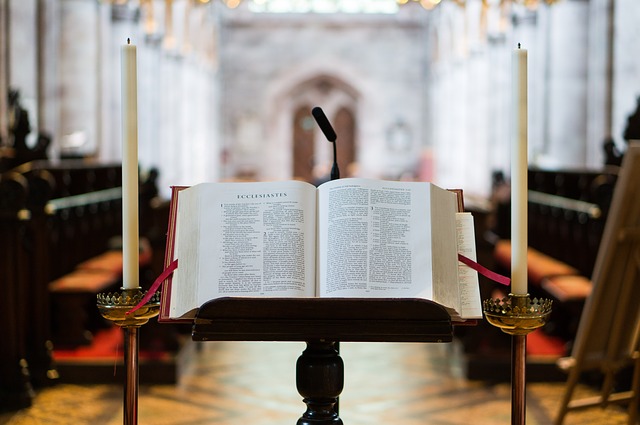 Exploring the women of the Bible can give you strong role models for your own walk with God. The Bible introduces us to several noteworthy females, from popular characters such as Eve and Mary to lesser-known heroines like Rahab and Naomi. Devoting time to studying women of the Bible can help you understand the role of females in the eyes of the Lord and shape your own life in accordance with His word. Here are three biblical women you should get to know.

Rahab’s name means “Storm,” and “Broad” predicating her strong role as a female character in the Bible. Rahab was clever and wise, as well as a dedicated servant to the Lord. Her story begins in Joshua 2:1-21, where we meet her as a prostitute living in Jericho, the Promised Land. Rahab’s job was to entertain guests coming to Jericho from all over the East. Rahab heard stories of the God of the Israelites during her time in Jericho and talk of the Israelites taking hold of the Promised Lands.

Joshua, leader of the Israelites, sent two spies to Jericho to figure out its secrets. Rahab hides the two spies in her home and lies to the king of Jericho about their whereabouts. In return for her help, she asks that the spies guarantee the safety of her family. Rahab puts her trust in the Lord and risks her life for Him without hesitation, making her a strong symbol of Christian faith. Rahab and her family survive the battle of Jericho, and she lives on to become an ancestor of King David (and therefore of Jesus as well).

Rahab is the only woman the Bible singles out by name and commends for her faith in the book of Hebrews. Her story reveals God’s willingness to use the outcasts and downfallen in society (remember, Rahab was a prostitute) for His great purposes. Women today can learn from Rahab’s faith in the Lord and her subsequent reward. Women can relish the fact that God does not wait for us to be perfect to use us as vehicles for His good works. He takes anyone who is willing.

Sarah appears in many scriptures, starting with her first introduction in Genesis 11:29-31: “The name of Abram’s wife was Sarai…Sarai was childless because she was not able to conceive.” We learn that Sarah is beautiful, intelligent, and capable. Despite her difficult journey sorely testing her faith in the Lord, Sarah never denounces her faith or dedication to Abraham. Sarah eventually gets the greatest gift of all – a son in her old age. She bears Isaac at age 90.

The New Testament commends Sarah twice – once for her faith (Hebrews 11:11) and once for her obedience to her husband (1 Peter 3:5, 6). Women today can look to Sarah as an example of faith in God’s plan. Sarah had faith that God was working through her husband Abraham, and was submissive to him in the belief that God would accomplish what is best for her through Abraham. Even when Sarah’s faith wavered (Genesis 18:13, 14), she did not lose her hope in the Lord. Women can share Sarah’s joy in bearing Isaac and think of Sarah’s strength in difficult times.

The Book of Ruth tells the story of an excellent female character, Ruth, but it also introduces us to Naomi – Ruth’s mother in law. Naomi is an often-overlooked female character that offers a lot of valuable lessons to today’s women. In Ruth 1, Naomi loses her husband and both sons in Moab. This comes after the family has already faced a terrible famine and had to move from their home in Bethlehem to a new country.

Not to be deterred by her grief, Naomi keeps a clear head and realizes it is best to return to the land of Judah. Naomi and Ruth, her daughter-in-law, return to Bethlehem and meet Boaz, the owner of a field Ruth begins to work in. Naomi realizes an opportunity to get Ruth out of the fields, and encourages Ruth to lie down at Boaz’s feet as a symbol of her affection.

Naomi shows great strength in her determination to continue on even after the deaths of her husband and sons. She then exhibits great cunning in her match making between Ruth and Boaz. Naomi serves as an excellent example of staying strong in difficult times and keeping faith in the Lord even when you lose everything. Naomi gains a son in Boaz, and grandchildren, and ultimately becomes the great-great-grandmother of King David.