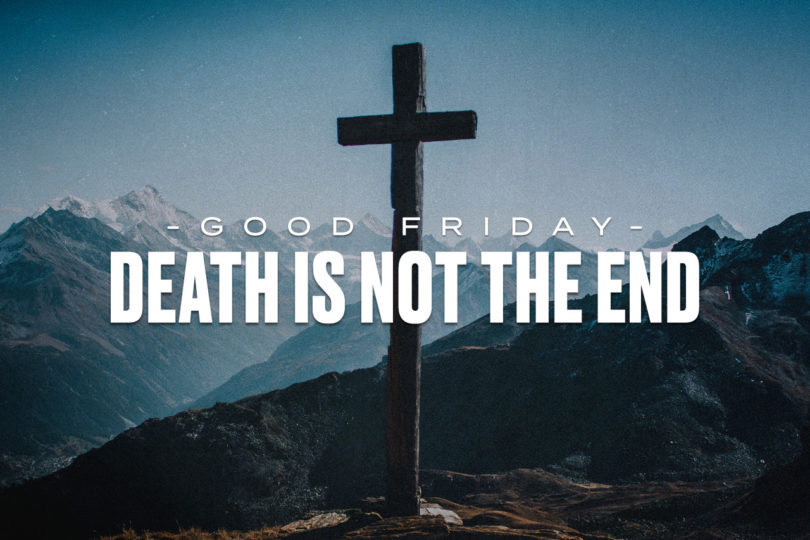 Often times, Good Friday brings one thing to mind: death. It was even on Jesus’ mind. In Matthew 16:21, it says,

“from that time on Jesus began to explain to his disciples that he must go to Jerusalem and suffer many things at the hands of the elders, the chief priests and the teachers of the law, and that he must be killed and on the third day be raised to life.”

It feels so final, doesn’t it? Death. All we know in this world is the lives we live. We know breathing and smelling and touching and seeing. We know life, and to think of the absence of that seems so hopeless.

During this time, I’m sure Jesus constantly thought about death. He was the one that was going to giving up His life, and He knew it. He understood that His life would be required as a sacrifice for the sins of man. He knew before His trial, sentencing, torture, and persecution how it was going to end, and He still went through with it. He went through with it because He knew death was not the end.

Through His sacrifice, we get the gift of salvation. Because Jesus gave up Himself for us, we received the promise of Easter. We are now offered hope and restoration through Jesus. There is no resurrection with out death. There is no Easter without Good Friday.